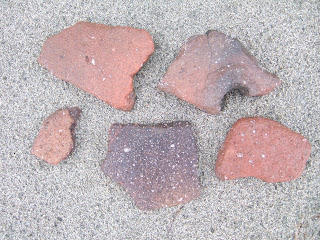 I have just come back from a four-day workshop for Cultural Producers in the South Pacific - a fascinating gathering of musicians, visual artists, craftspeople, fashion designers, and dancers from around our region.  The focus of the presentations and lively discussions that filled the program was on how to empower practitioners in these fields, often working in relative isolation with little visibility and support, to grow their creative enterprises and overcome the fragmentation that exists.

Inspiring encounters with creative individuals who are often working against enormous odds to follow their dreams and make a living for themselves and their communities from their talents, were the highlight of my week in our capital city.  These included a woodblock printer from the Solomon Islands who makes his own paper from banana tree trunks, using an old exercise bike, converted to double up as a blender, a painter from Vanuatu who creates original designs based on tribal motifs, using paper made from the bark of banyan trees as her canvas, digital artists from Papua New Guinea, a ukelele maker from the Cook Islands, and a mother of six from Samoa who has grown her own handicraft retail business from early, inventive beginnings creating wall-hangings from natural fibers.

I have returned to Nadi refreshed and challenged, excited about the potential our island-based creative enterprises and networks have, in terms of contributing to the cultural vibrancy and economic well-being of Pacific communities....

I have lived in Fiji for over twenty years, doing my fair share of swimming and snorkelling - always aware that an eventual encounter with a live shark, in the wild, was probably inevitable...  Not that I was looking forward to the occasion!

My husband, Ron, who comes from a small seaside village on an island north of here called Taveuni, is a member of the Matapule tribe, a traditional clan that has as its totem a sea turtle.  Tribes in Fiji each have their traditional roles - warriors, boat-makers, hunters, builders, sailors, and so on.  The Matapule are traditionally known as fishermen, and as such, have a close affinity to the sea.  According to ancient legends, still very much alive in the minds of most Fijians, Ron's people were given special protection by Dakuwaqa, a sea-monster god who often took the form of a shark.  This close affinity between man and beast means, even to this day, that members of the Matapule clan believe they will never be attacked by a shark.  I am hoping that the descendents of Dakuwaqa will take into account my marriage certificate, and keep all encounters with me to a friendly nature too!!

I can now boast of having met my first wild sharks!  And yes, I have lived to tell the tale!  Actually, these were baby Blacktip sharks -not much more than a couple of feet long, as in the photo above.  There were several of them, swimming very close to the shore of Bounty Island, a small coral atoll not far from where we live.  My children and I spent a couple of days here recently.  Spotting the beige-colored sharks with their distinctive black fin tips became a daily highlight of our trip.  If we stood very quietly in the knee-deep water, they would swim right up to us, darting away just before we could touch them!  Apparently, baby Blacktips swim close inland for self protection until they are big enough to ward off cannibalistic attacks from adults of their own genus...

A campaign to create a national shark sanctuary in Fijian waters is currently gaining momentum locally, in the face of wasteful and abusive culling of sharks, in order to supply the lucrative shark fin trade fueled by demand from Chinese merchants.   For more information about saving these key players in marine ecology, visit http://www.coral.org/sharks